It only has one wheel plus a skid…

But it is controlled with weight shift and is basically a powered glider.

Then again, the power is supplied by a jet engine.

Yet the pilot rides out in the open breeze!

So what exactly IS this flying machine from Japan? 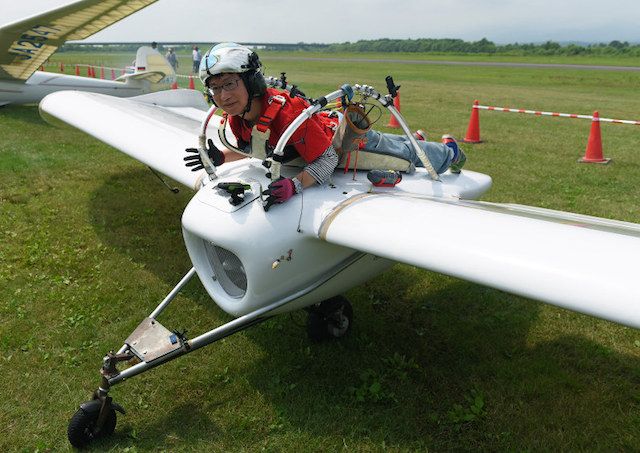 According to this fascinating article, the inventor and builder took his inspiration from an early 1980’s anime movie called Nausicaä of the Valley of the Wind.

In that movie, the machine is called a “Möwe”, a sort of personal glider that the princess of the wind perfectly masters, while saving the planet from an ecological war. Its name, “Möwe”, refers to its shape of a seagull with wings outstretched in flight. 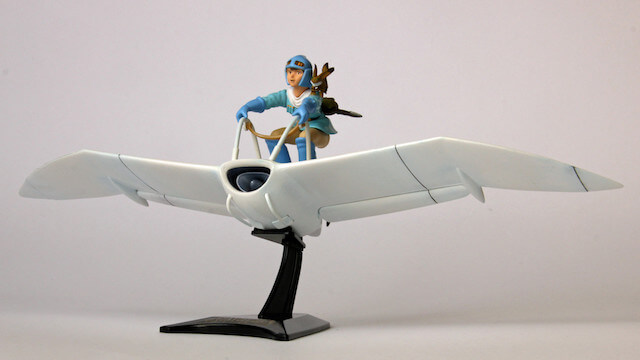 Kazuhiko Hachiya spent the better part of the last fifteen years trying to create a real-life version of this magical machine, documenting the entire process at the OpenSky project website.

There are no users currently online